THE INTEREST OF A DYNO 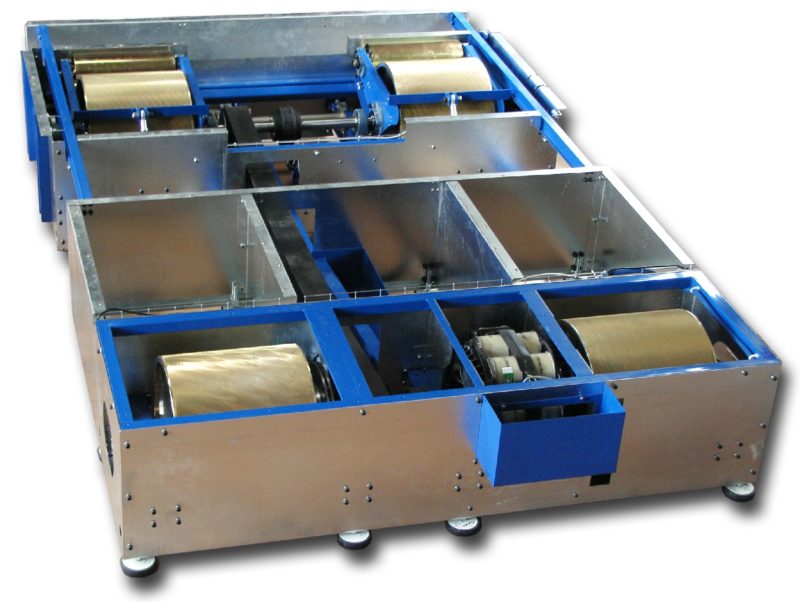 Control your test environment: the advantage of a dyno is that, compare to a measurement on the road, you will be in full control of all the conditions and can focus on the vehicle. No wind, hill or any other impact of the external environment which may explain a difference in measurement. The only parameters the customer will have to focus on is the behave of the car itself (intake temperature in particular)

From a safety point of view, a dyno is also without comparison with a road test, in particular the speed reached by the vehicle! 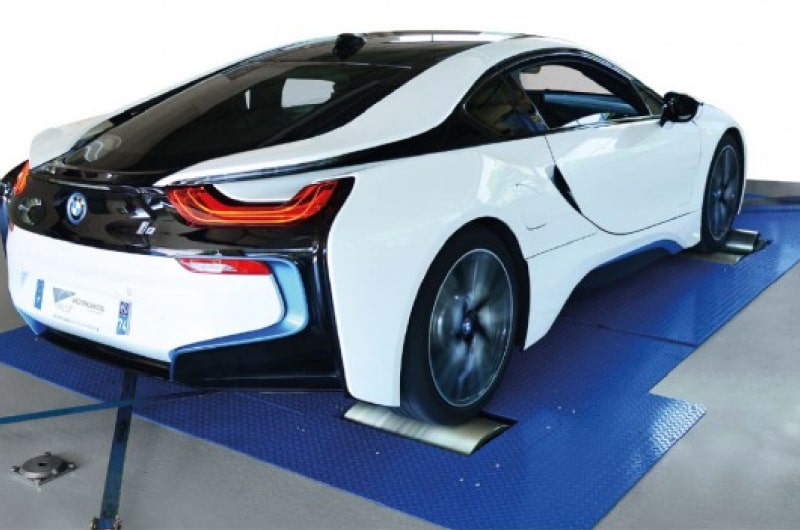 Proof of the seriousness of the company, dynamometers are particularly sought after by the end customer because they are proof of a high quality development. Rotronics dyno with its quality of finish will convince the customer of the quality of the work provided on the vehicle.

The Rotronics dyno is braked, synchronised and single-rollers. The tool offers a repeatability particularly appreciated by the most rigourous tuners: you will be able to check and measure the impact of each engine modification on the results of the test. This clearly demonstrates the interest of a dyno.

Likewise, by offering road tests, constant acceleration or steady state tests, you will be able to check precise operating points and verify the good homogeneity of the whole.

Finally, dyno offers a measurement of lambda, measurement of intake pressure and an acquisition of all the OBD datas. It is also possible to instrument the dyno to have, on the test reports the display of the signals circulating on the CAN bus, to add knocking sensors or any other signal that you wish to take into account in your debugging!

What is a dyno used for?

Discover the interest of a chassis dynamometer:

A dynamometer is a tool dedicated to 2 main applications.

Finally, it should be noted that it is also a marketing argument and a guarantee of quality for end customers.

What is the difference between a braked dyno and an inertial dyno?

First of all, we speak of an inertial bench when the dyno consists only of rollers without a particular braking system other than the emergency stop brake.

Inertial chassis dynamometers are obsolete measurement systems that are increasingly difficult to find on the market (except second hand) This product is technically outdated because it does not allow any ability to modulate the braking force on the one hand. On the other hand, the electronics of the vehicles can detect that the operation on the dyno is not consistent with what the vehicle can do in reality and therefore fault.

Braked dyno will allow greater modularity of the measurements and allow all types of vehicles to pass by applying the expected braking coefficient. It thus becomes possible to simulate different situations such as odds, the mass of the car, an acceleration time and to be able to carry out various tests in dynamic regime, stabilized or controlled by road load simulation .

Why are our Dynos single-roller?

Single-roll is not just a fad that dyno manufacturers are starting to follow. Rotronics was the forerunner of the single-roller application. This system was born out of a need for precise and repeatable measurement. The single-rollers aim to reproduce the same driving conditions on the road because it has only one point of contact between the tire and the roller. Having only one point of contact makes it possible to get as close as possible to the same conditions as on the road but also to avoid all that is unnecessary friction and heating of the tire which strongly impact the measurements.

Why choosing a synchronised dyno?

Vehicle electronics are increasingly sophisticated on all vehicles. Thus, a vehicle, even 2-wheel drive, can fail when only 2 of the 4 wheels are turning.

In the event of a fault, the computers can then give the engine control order to propose degraded operation of the vehicle and therefore a loss of power.

The advantage of the synchronized 4-wheel drive test dyno (provided that the synchronization works correctly) is that it will allow all these cars to be tested without disconnecting a computer or removing fuses.

Rotronics offers synchronization by belt or shaft according to the different chassis dynamometers, on which experience feedback is particularly comprehensive: the synchronization of our dynos allows all types of cars to be used (traction, propulsion, variable transmission, thermal, electric, …) And this, even on titanic powers or couples.

How to get engine power from wheel power?

The concept to be taken into account is that a chassis dynamometer, whatever it is, always measures a power at the wheel and not an engine power.

If you want to obtain engine power directly, you must then go to an engine test bed (which we also offer)

To allow an estimate of the engine power on a chassis dynamometer, the test breaks down as follows:

During the first phase of the measurement, we will speed up. The dyno will then measure a force at the wheel.

The second phase is the measurement of losses: by letting the vehicle decelerate, a “lost” force is estimated between the engine output and the dyno sensors (hence “loss acquisition”).

Engine power is then the power that we measured at the wheel, weighted by this loss factor that we have calculated.

Note that Rotronics is able to offer you a much faster acquisition of losses (of the order of ten seconds) than what is done with the competition, which will allow you to make several power shots much faster. .

What is the interest of road load simulation?

Unlike some competitors, Rotronics offers road load simulation on the dyno.

Road load simulation is a test mode which allows the same driving conditions to be reproduced on the dyno as on the road.

The electronics of the dyno will control the eddy current brakes according to parameters specific to the vehicle: friction, weight, aerodynamics.

What does the repeatability of a measurement mean?

All our dynos give reliable and repeatable measurement results thanks to robust mechanics, a precise force sensor and a calibration carried out before any expedition.

Why is calibrating a dyno mandatory?

Before leaving our workshop, our dynos are calibrated by us. This step is carried out systematically and for all of our test beds.

Indeed, even if they correspond to the same mechanical design, the losses of each dyno will never be identical from one assembly to another.

The interest of the calibration will be to take into account in all the measurements these parameters specific to your dyno.

This makes it possible to have a working tool that is particularly reliable and precise in its measurement, making it possible to measure the real impact of such or such cartography.

Note that the bench is then delivered with a calibration arm to allow the customer to check that the force sensors do not drift over time and always return the same value, hence the interest of a chassis dynamometer.

Why measuring weather conditions for a power measurement?

It is very important to take into account the meteorological conditions when measuring power.

Heat engines will not react in the same way depending on temperature, humidity and atmospheric pressure.

Atmospheric conditions will impact the explosion in the combustion chamber and it will then be more or less efficient.

The application of a correction factor, linked to these atmospheric conditions, makes it possible to take into account this modification of behavior and thus to be able to compare measurements taken under different conditions.

A quick and efficient answer to your requests

Our products are robust, affordable and efficient